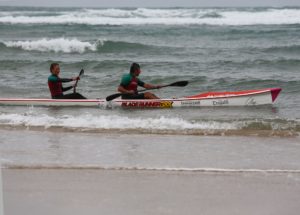 Founded in 1962, Holywell Bay SLSC strives to maintain lifesaving not just for its members but for the whole community through a combination of determination, courage, teamwork and an awful lot of fun! However, on a serious note, in the last week Chris Bisson, Rhys Ellis-Davies, Mike Gough and Steve Peck – all senior club members at Holywell Bay, rescued 4 people from the sea in separate incidents. Full time lifeguards are not employed until May, but club members still maintain a watch over the sea even when surfing socially.

Beach training for nippers and juniors resumes on Saturday 2 May at 9.45am sharp!